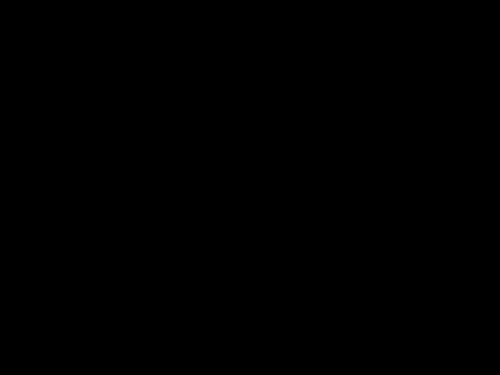 My idea for floorless Vortex would be Wild Bull, as it pays homage to an old ride at Carowinds.

OTHER
The voiceover system would play a bull roar before opening the "bull pen" (the station gates), the ride already has a loud roar so the theming for the rest of the is pretty much covered. The queue would be reoriented so that most of it would take place inside of the coaster rather than the middle of the midway. The colors would be a burnt-sienna hue for the track similar to Valravn and the two RMCs in construction at CP and KD, and a slightly darker grey for the support support color.

THE REST OF THE SHOWPLACE:

Name the carousel something generic like "Durham Derby", give Carowinds Theater a facade upgrade so that it only has one entrance/exit, maybe some fake windows to make it look like an actual theater, remove all of the games from the area and replace them with the 3 point challenge, give it a real "showplace" feel.
Last edited by tarheel1231 on August 6th, 2017, 1:00 am, edited 1 time in total.
Coaster Count: 63

Yosoleboricua wrote:That's right they did do Iron dragon. I'd like to see VR at Carowinds on one of the Orlder rides like Cyclone, Gold Rusher or Even Vortex because imo that layout is too small , a conversion won't do it justice if they can do VR and floorless that be better. Or do VR on Goldrusher or theme it to something similar like seven dwarfs at Disney.

By cwgator -  August 2nd, 2017, 1:03 pm
-  August 2nd, 2017, 1:03 pm #95355
^They would probably still use one train...lol Load times would double, if not triple. I couldn't imagine sitting on the final brakes waiting 15+ minutes in the sun while they try to dispatch...though I'm sure many have. If there was a way to make that an alternate unloading station when using 2 trains it would do wonders. Then of course they'd have to add lockers...but if it improved capacity so be it.

For comparison, at SeaWorld Orlando, about the best they can get with dispatches on Kraken Unleashed is 4 minutes; and that's a floorless coaster with VR attached to each seat.
COASTER COUNT: 130
Top 10:

By tarheel1231 -  August 2nd, 2017, 1:19 pm
-  August 2nd, 2017, 1:19 pm #95356
I think if they had a system like Iron Dragon, it could work. At any rate, Nighthawk needs new, more efficient trains. If Carowinds wants to become a destination park that draws 3 million+ guests a year, they cannot have one of their signature attractions moving people slower than a senile dog on Ritalin.
Coaster Count: 63

tarheel1231 wrote:I think if they had a system like Iron Dragon, it could work. At any rate, Nighthawk needs new, more efficient trains. If Carowinds wants to become a destination park that draws 3 million+ guests a year, they cannot have one of their signature attractions moving people slower than a senile dog on Ritalin.

Yeah. Last year when i rode Nighthawk it took forever to get off and on and in the end, facing the sky blood was running to my head, too. It gets really annoying knowing that Nighthawk is one of the most popular rides in the park, but it takes 2 hours to get on the ride. They really need newer trains with smaller restraints for people (like me)who are shorter for their age. Those big floppy restraints are as tight as they can get, but then m upper body starts going closer to the ground, with my legs where they should be. I like Nighthawk and all, but it's a bit uncomfortable at times.

The ergonomics of the seat, a large opening angle between the upper and lower body and a slightly curved back support, enables an optimal flying position and a perfect sight forward combined with maximum safety and comfort for the passengers.
This second generation Flying Dutchman contains the original features and design philosophies of the first generation with major improvements to the restraint system, tilting device and ride control issues including fault diagnostics.
A single coach of the Stingray consists of three main components, a chassis with wheel carriers, a tilting device and a Guest Accommodation Unit (GAU).
Spectacular view over the park
Passengers will not be tilted backwards in the station but tilting will take place on the lift, giving the riders a spectacular view over the park. Besides this approach of guest handling and tilting during the ride, the new Stingray has some more unique features, such as a vertical lift, an outside loop, a double horizontal loop and a 180 degree roll.

Well, in that case, it's a legitimate crime that Carowinds' patrons are being robbed of those newer, better efficient, and clearly more comfortable trains! If Vortex, Cyclone, and Nighthawk got new trains within the next couple years, the entire park lineup would instantaneously shoot up!

That being said, I didn't forget about my little pipe dream of Nighthawk getting scrapped altogether (or shipped off to one of those CF parks in the midwest who haven't gotten a coaster in like 10 years...) in favor of the worlds' first launched B&M flying coaster called White Lightnin'. Imagine that pearly-white monster towering over the lake!

THE RETURN OF METEORITE

Scream Weaver is sitting on prime real estate right now. It's right across from Fury 325, an addition that has drawn a lot of foot traffic to that section of the park (to say the least). But what could be done to make this thrilling flat ride stand out a little bit more in the shadow of that big, blue, buzzing behemoth across the street?

Personally, I'd love to see it be transformed into a brand-new version of its former self: METEORITE! Pain it neon colors, trick it out with a fancy LED package that flashes different bright, fluorescent colors set to electronic dance music, and transform that smoking area beside it into a small dance pad with benches for spectators.

Here's a picture of the lights package on Cedar Point's Witches' Wheel, in addition to another one of my re-purposed logos.

Regardless, it could definitely use 'em!

Thanks! I'm glad you guys seem to like 'em. They're basically just old logos I made throughout years of rabid speculation about what could be coming next. I just thought it'd be cool to update my actual wishes and hopes for the future of Carowinds, since my tastes and ideas have changed over the years.

I only have a couple left that I hadn't re-posted yet. One was a total throwback logo based on the early Thunder Road signage. I actually made a few weeks before the removal announcement because many of us were under the impression that it'd be getting a 40th anniversary restoration of sorts.

But I couldn't seem to find it. I did, however, find this next one I'm about to post. It's either from before Fury was announced or the early days of our post-Fury speculation regarding what the next coaster could/should be.

), so strap in tight! I sure hope none of you are afraid of storms!

Seriously though, this next one is by far my BIGGEST want item for Carowinds and I'd love it if the bigwigs thought it was as cool an idea as I do. So consider this my pitch! LOL
Last edited by redrunner97 on August 3rd, 2017, 6:51 am, edited 3 times in total.

By redrunner97 -  August 3rd, 2017, 6:38 am
-  August 3rd, 2017, 6:38 am #95403
Designing a truly breathtaking ride can be like trying to catch lightning in a bottle... But Mack Rides' Launched Mega Coaster looks pretty freakin' awesome! By all accounts, Blue Fire is a blast; the same can be said for Helix too. Let's face it: Carowinds desperately needs a launched coaster to help diversify its lineup. The park has only ever had one launched coaster and it was removed 30 years ago.

The time is now to make White Lightnin' strike twice! This particular coaster model is fairly unique, so bringing one stateside to Carowinds would be a big deal. It's a move that would continue putting Carowinds on the map. Also, since this would be considerably tamer than the last two monster coasters the park has most recently installed, a Mack could please both thrillseekers and family alike! THEME. THEME. THEME.
- It's all about THEME if Cedar Fair wants Carowinds to become more of an actual THEME PARK like Knott's. And we've already got a perfect theme to work with for this one: MOONSHINE! After all, that's what "white lighting" is, isn't it? This theme would only add to the recent trend of new additions that are distinctly Carolinian. Moonshine was a shockingly big part of Appalachian life. This is reflected by pop culture references to the Carolinas in movies, music, and novels of the 20th century, which often delved into the mountain people and their ways around prohibition. Sure, it's not super kid-friendly, but neither are shootouts in the wild west, etc. It's still a kick-ass Carolina-centric theme, IMO. That's probably why E. Pat Hall and others involved in the early days of the park chose those names and themes originally.

- Blue Fire's pre-launch sequence is reminiscent of a dark ride, and Carowinds is sorely missing a traditional one, so an all-new White Lighting could be a double whammy! Theme the pre-launch to a mountain hideaway where moonshine is being brewed illegally. Then, just as the revenuers and lawmen are about to bust the joint and catch up to the riders, the iconic words "LIGHTNING... STRIKES... NOW!!!" boom as the train goes shooting out of the gate, those on board escaping into an epic police chase filled with twists, turns, loops, and other surprises!

- Paint the track and supports a vibrant white. Design the trains to look like '50s muscle cars (Thunderbirds, perhaps?), give them each a "radio" that plays the classic "White Lighting" and "Thunder Road" songs that at least partially inspired Carowinds' original coasters, which were also both about moonshiners escaping the police (videos linked below). Couple those music tracks with police sirens, gunshots, lightning, thunder, and other audio/visual effects for maximum effect!

- The gift shop/queue/exit could be themed to a '50s-era speakeasy. Carowinds could even partner with one of the many local breweries to sell a park-exclusive craft beer called "White Lightnin'". There could be signs hanging up advertising retro sodas and gasolines (or different attractions throughout the park), like an old-timey cafe. Don't forget to hang up some black-and-white photos of the original White Lightnin' and Thunder Road (and movie posters from the films of the same name, also about moonshining

), as well as other past attractions to really give the place a nostalgic vibe. - Where would the all-new White Lightnin' go? Maybe back towards Country Crossroads? There could be enough room now that so much has been removed, depending on how the coaster itself would (hypothetically) be designed. What about the wooded land beyond Drop Tower, that area could make for a fun terrain ride that interacts with the land and dense forest nicely. How about the spot currently being occupied by the Dinos? That's a huge slice of the park and surely they're going to look there for future expansion relatively soon.