By phareous -  October 2nd, 2019, 12:24 pm
-  October 2nd, 2019, 12:24 pm #108645
One thing I don't see mentioned is that they still have rapids rides at KD, CW, and KI...all from the early 80's. Wikipedia claims these were all manufactured by Intamin though. If that is true, then I guess Kings Entertainment gave up trying to make their own after Carowinds and just went with Intamin? Anyways, since all these rides have similar ages, technology, and staffing needs, I am wondering if Cedar Fair will be getting rid of those soon too. And yet they doubled down at Knotts... so they've redone one and got rid of one (as far as can be officially confirmed).

carowinds.captured wrote:You are a such an arrogant ***. People may would post more on here, but all you do is constantly berate other people here. Hope you feel so important sitting behind your keyboard

? I can give you 159 more reasons for you to label me as such but it's pointless. I don't know how new you are in the "theme park" world but when you make outlandish claims about something with NO concrete anything to back you up, you will get challenged and called out. If you're that thin skinned then maybe the internet isn't the place for you.
However, I will leave you with a quote . . .

carowinds.captured wrote:lol there are so many uptight people here....jeez its just a forum to talk

jordN1414 wrote:Just ignore her as most of us have done for years.

I'm sorry, who are you again

Coasterphreak wrote:Y'all can theorycraft all you want, RRR isn't coming back.

But anyway. The "theory" of it coming back contradicts what has been said about the reason it left in the first place. Now, I know parks can make haste decisions and do a complete 180 degree turn on decisions but I am confident enough to say unless they do a 100% rebuild of RRR (which I doubt because the park has bigger, ground breaking ideas) then it will not be coming back.

thanks! will try again

Capler wrote:Yet, it is a long time to leave a ride idle if they plan to remove it. Maybe they are waiting on the Knotts ride numbers to see if a rehab is even worth the expense. This is the reason our Vortex will never get converted. One could make that argument about a RMC conversion as well.

One could, but I don't think they'd be right. RMC conversion is a HUGE change. You aren't "rehabbing" a ride, you're redesigning it. New colors, new name, new track layout.

I'd argue some GP would see it as a brand new ride, not a conversion at all.

Some would see it as a new ride. However, in some or most cases, the majority think it's still the same ride. I've witnesses this first-hand with people talking about Iron Gwazi (BGT is one of my home parks). They say they won't ride it because it was horrible before. When you try to explain the huge difference, and that's it's going to be a completely different ride, they don't comprehend that.
COASTER COUNT: 130
Top 10: 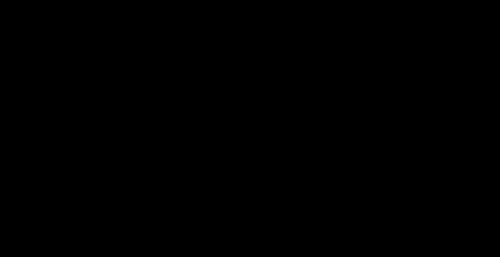 I find the park about a “Southern Mansion facade” hard to believe and I have already covered why before. Unless all of AFX structure is used and even then it may have to be enlarged I don’t see any benefit unless they want a smaller theater.
I am back from Carowinds Connection Time-Out!

By tarheel1231 -  October 23rd, 2019, 8:23 am
-  October 23rd, 2019, 8:23 am #108740
On one hand, Carowinds Theater as location for a coaster station/entrance (assuming that (1) the rumor holds any weight, and (2) assuming it is a coaster, considering the area) makes sense. It’s easily accessible and visible from the midway. On the other hand, as Rollerbee stated, the Action Theater is smaller than Carowinds Theater, so it would need to be expanded and completely overhauled. But I could see it as part of a Crossroads renovation.

Whatever’s coming is still a good 3-5 years away, but at least the rumors should generate some discussion. And at the very least, they don’t suggest that RRR is being renovated which goes against the current consensus.
Coaster Count: 63

Christopher Mallis wrote:It’s all up in the air. One day somebody says this and then the other it’s another “rumor”. It’s all crazy.

I think we often get too caught up in whether or not a rumor is true, and not the actual merits of the rumor. By their very nature, they’re not supposed to be taken as gospel, but that doesn’t mean we should just dismiss them. They serve to generate discussion, and I think the rumor from Screamscape is at least an interesting scenario.
Coaster Count: 63

By coasterbruh -  October 23rd, 2019, 10:28 am
-  October 23rd, 2019, 10:28 am #108744
I measured both the action theater and the Carolina theater and surprisingly the action theater is larger. Now, mind you, I did not include the two foyer areas on the Carolina theater but I can see them kicking out PvsZ, gutting the entire building and making it one larger theater. Plus it would be easier for the bands to not have to lug around large instruments the park as it is right next to the parking lot.
Coasterbruh, Voted best member of Carowinds Connection - Dukeis#1 Weekly, January 22 2005
--------------------

Users browsing this forum: No registered users and 20 guests