LocoDriver wrote:I stand in lines every day at Home Depot, Lowes, Publix etc. I have not put the 1st mask on.

There are conspiracy theories floating around about how these food plants being "hot spots" just to artificially create food shortages. Because Walmart is far more dangerous, but those arent the source of outbreaks.

It's as simple as the fact food plants are shift work - close contact in a closed environment for an extended period of time. While at Walmart and Home Depot, typical contact is measured in seconds, and rarely exceeds a couple minutes.

I'm not of the opinion that everyone should be able to decide for themselves. But the decisions should be based on everyone, not just the potential extremes.

Here's a couple links (including one from the CDC) that do make it clear that "prolonged" is a very important part of the risk from "contact".

-Household Close Contact. Lives with a person who tested positive for COVID-19. This carries the highest risk of transmitting the infection.

-Other Close Contact. The CDC defines 6 feet as how far coughing can spread the virus. How long the close contact lasts can also be important. Prolonged close contact is defined as more that 10 minutes. Close contact includes kissing, hugging or sharing eating and drinking utensils. It also includes close conversations. Direct contact with secretions with a person with COVID-19 is also close contact. Includes being in the same childcare room, classroom or carpool. These exposures are usually lower risk than living with an infected person.

-In Same Building - Low Risk Exposure. Being in the same school, place or worship, workplace or building carries a small risk for exposure.

-In Same City - Low Risk Exposure. Living in or traveling from a city or country where there is major community spread of COVID-19, also carries a small risk. These "hot spots" are identified by the CDC at Coronavirus. Outdoor contacts are much safer than indoor contacts.

LocoDriver wrote: I have not put the 1st mask on. Let those that are willing to go out go. Those that are worried can stay home and feel safe.

Good for you but one must understand its bigger than just THEM. I haven't caught it either. Doesn't make me feel the world should just open up. That, in itself, is narrow minded.

LocoDriver wrote: No sense in killing the economy beyond repair for a virus that is turning out to be no more deadly than the common Flu.

Globally, about 3.4% of reported COVID-19 cases have died. By comparison, seasonal flu generally kills far fewer than 1% of those infected. People are immune to the flu. Do you understand what novel means when it comes down to Coronavirus?

It is literally going to take some of you guys to contract it out if the blue before you see the severity of it. Most of America, the world's concern isn't going to a theme park. That, again, in itself is narrow minded. I never knew it was this important to ride a roller coaster. . .
Coasterbruh, Voted best member of Carowinds Connection - Dukeis#1 Weekly, January 22 2005
--------------------

an estimated 1.1 million people have contracted COVID since it started. 65,000 deaths.

That's just math and a no-brainer.

So WHERE IN HELL do you think that's better odds? Loco is right... Loco for crazy.

Sure, let's all go out and expose everyone. I'll stay home and have the park to myself once this is all over.

uscbandfan wrote:It hasn't been more deadly than the common flu because we're staying home and preventing people from being exposed to it. The number of deaths percentage to the presumed number of exposed persons is TREMENDOUSLY higher than the flu.

Exposure doesnt kill anyone. Only actual infections kill. And with most of the risk of becoming infection coming from prolonged exposure (close contact with an infected person for longer than 10 minutes), going out of our way to avoid all potential (and mostly theoretical) exposure isnt accomplishing nearly as much as you'd like to make it seem.

Nctodbear wrote:Well to blow your theory out of the water, I was exposed less than ten minutes at work and now have been fighting this at home for seven weeks.

Well to blow your theory out of the water, what do you think "most of the risk" means? Obviously, it must mean "oh, it can never ever happen, guaranteed", right? Of course "being exposed all day" doesnt give you much chance, that's the definition of "prolonged". But that's being exposed to the virus all day. If we're supposed to be afraid of being exposed to people in general, well, I dont know what to say, it'll be a really sad day if that comes to fruition.

Yeah, it sucks when it happens. It sucks it happened to you, and I really am sorry to hear. But it's happened to a lot of people, is happening to a lot of people, and will continue to happen to a lot of people - no matter what we do, there will always be anecdotes to the contrary. It's not like the last month has stopped anything in it's tracks (except the economy). That's not a lack of empathy, it's merely accepting the reality of the situation.

uscbandfan wrote:
Sure, let's all go out and expose everyone. I'll stay home and have the park to myself once this is all over.

At some point the economy and the country will sink if we don't open back up. The national deficit will only grow trying to keep the economy afloat. A lot of non essential businesses will not survive. If you stay home along with everyone else the media is scaring to death there may be no park to return to. Do you think Carowinds survives if this country enters a great depression?

Quick story...went into a Firehouse Subs today for lunch. Four employees behind the counter taking my order and preparing food. Not one of them was wearing a mask, nor was I. However, they would not let me fix my own drink. They literally had one of their employees stationed by the self serve drink machine making everyones drink. How crazy is that? What did they think they were accomplishing? There is no rhyme or reason to the decision making going on out there. That includes the government officials. Everyone is doing their own version of what they think is right. Ever hear of cross contamination? Guess what these mask everyone are wearing for extended periods of time is doing to their respiratory systems? I saw a lady in the parking lot today literally take her mask off to smoke a cigarette. She was wearing a mask because she was worried about her health....LOL.

What if we never get a Vaccine for Covid-19

Wood Coaster wrote:AIDS is a VIRUS:
After what 35 or so year still NO Vaccine

And something you don't catch just by being near another person with HIV/AIDS or being near them for a period of time. It's a disease that's transmitted through the sharing of specific bodily fluids (saliva isn't one of them). In other words, the risk of getting HIV/AIDS requires you to partake in specific activities to even be exposed.

Also, HIV attacks your immune system, which is why your body can't fight back or build antibodies to the virus.

Because the "common cold" is constantly evolving into different strands. Plus, the typical symptoms are mild and very rarely lead to death. Also, once your body has fought the particular strand, it's able to fight that strand any other time it tries to infect you. That's one reason you aren't sick every single day of the year.

Wood Coaster wrote:The best hope might be for it to Burn itself out like SARS & fastest the better

If by "burn itself out," you mean "have it spread to the point where hospitals can't control the flow, leading to an unknown number of preventable deaths" - no thanks. That's exactly what's going to happen.

We don't yet even know if antibodies are produced by your body for COVID and, if they are, whether they'll prevent you from being infected again. Because of the unknowns, the best we can do is try to lessen the spread until we do know.

I can't imagine in the past 2-3 months you haven't heard the phrase "flatten the curve." The point of our stay-at-home wasn't to eliminate the virus. It was to slow its spread across months, allowing healthcare facilities to handle the flow of patients. No doubt this has led to fewer deaths - but it won't necessarily lead to fewer infections over the long term.

What these openings are doing, however, is trying to prevent too many people in one place. Most states are limiting what can be done and by how many - and that's a positive move.
It'll always be Scooby Doo to me.

I say let the idiots that want to go out in this go out Let them get exposed to it. Let’s thin the herd. I’m fine with that.

Because people that disregard what actual professionals say (none of whom have changed their recommendations or in any way have acted like this isn’t as bad as they originally thought) should absolutely thin themselves out.

I’m not going to argue with people like that. I just hope they continue to be stupid to the point that their stupidity takes care of itself.
cebeavers.com

Wood Coaster wrote:AIDS is a VIRUS:
After what 35 or so year still NO Vaccine 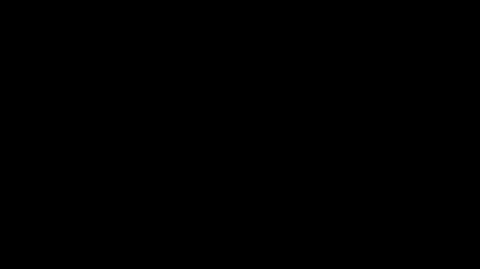 People are stupid. I know of someone who's grown daughter is in quarantine because she has COVID-19. She feels great and has had ZERO symptoms. (She was tested because her father had it and spent time in a hospital) She said she feels the best she's ever felt. She was tested again on day 14 and is still positive. You don't have to be sick to be a carrier and be able to infect people.